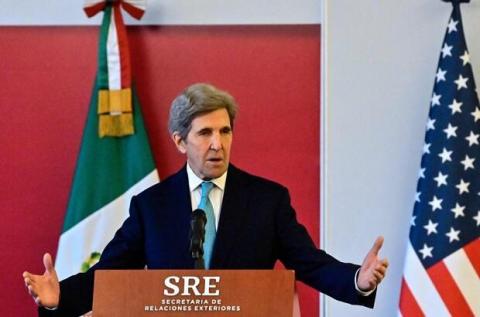 Mexico's president has vowed to press ahead with changes to the electrical power industry despite U.S. concerns that they could close off markets, choke off competition and possibly violate the U.S.-Mexico-Canada free trade pact.

Lopez Obrador said on Feb. 10 the proposed changes "don't affect the treaty at all," despite provisions in the USMCA pact that prohibit countries from favoring domestic companies over foreign competitors.

But he acknowledged foreign companies have been complaining that the change in rules would affect investor confidence in Mexico.

"They say the rule of law is being violated, they want to expropriate the electrical industry, there are no guarantees for investors in Mexico, we have no confidence," Lopez Obrador said, adding, "We are not going to get in a fight with the U.S. government."

The reforms would ensure that the state-owned Federal Electricity Commission (CFE) has at least 54 percent of the electricity market - compared with 38 percent now - and the private sector no more than 46 percent.

In November, Lopez Obrador's ruling party pushed back its deadline for the approval of the reform bill until April, following a backlash from the United States, Canada and foreign investors. It is still held up in the Mexican Congress, where they need a two-thirds majority that Lopez Obrador hasn't yet been able to pull together.

The bill submitted in October would cancel contracts under which 34 private plants sell power...