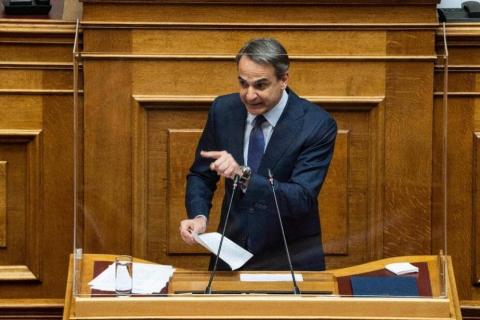 Lawmakers also voted in favor of adding six new Rafale fighter jets to an existing order for 18 planes ? six of them newly built and 12 that were previously in service in the French air force.

NATO members Greece and Turkey remain at odds over maritime boundaries and mineral exploitation rights in the Aegean Sea and the eastern Mediterranean. A Turkish oil and gas survey in 2020 resulted in a tense naval standoff between the two countries.

"There is no armament program that is 'slightly necessary' or 'somewhat necessary'," Panagiotopoulos told lawmakers Monday during a committee-level debate in parliament.

"All of the armament programs that we have submitted for approval, in one way or another, are absolutely necessary for the armed forces ? extremely necessary, urgently necessary."

The purchases were approved by the the center-right government's 157 lawmakers in the 300-seat parliament, with the backing of two opposition parties. The left-wing opposition party opposed the additional purchase of French fighter jets.

Mitsotakis denied claims by political opponents that the purchases could rattle the Greek economy, which is already saddled with...

Turkey’s concerns about PKK are not legitimate