MPs endorse bill to step up work after pension age 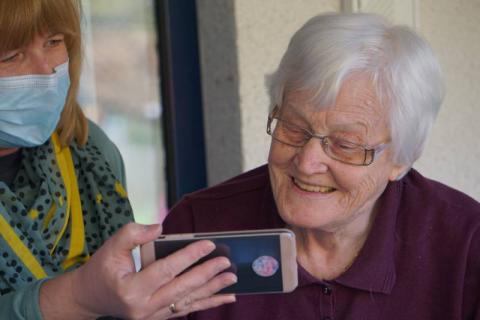 Ljubljana – MPs endorsed on Tuesday a government-sponsored act that temporarily increases the scope of temporary or casual work available for pensioners to help the labour market recover in the wake of Covid-19. The government says the proposal will help mitigate labour shortages, whereas a part of the opposition believes the solution comes too late.

The government had drafted the act in the light of a rapid increase in the number of coronavirus infections in previous months, which resulted in large-scale staff shortages due to sick leave or quarantine.

This has disrupted the business process and posed serious problems for companies, Labour Ministry State Secretary Mateja Ribič told MPs during yesterday’s debate. The changes will be in place until 31 December 2022, with no possibility of extension foreseen.

The act establishes an exception to the relevant regime in the form of an increase in the monthly and annual amount of permitted temporary or casual work performed by pensioners.

Under the current regime, a pensioner can perform such work for a maximum of 60 hours per calendar month, while the new legislation increases this to 90 hours, Ribič said. So far, pensioners have been allowed to do temporary or casual work for up to 90 hours a month, but no more than three times a year. The bill will change this to a maximum of 120 hours.

The ministry will now also adapt the regulation on the hourly rate and the amount of income for temporary or casual work performed by pensioners to the new temporary regime.

The law has received support from the coalition as well as some opposition parties, while others abstained. The Left was the only party to vote against it, and its MP Miha Kordiš said the act did not distinguish between companies that have problems with staff shortages due to quarantines and the rest of them.

Marjan Pojbič of the ruling Democrats (SDS) meanwhile said yesterday that “we have the highest economic growth and the lowest unemployment at the same time, which is of course something to be very proud of. That is why additional efforts are needed to ensure the continued and smooth functioning of the economy.”

The Pensioners’ Party (DeSUS) backed the proposal with its MP Branko Simonovič expressing regret that it had not been made earlier. The opposition Alenka Bratušek Party (SAB) also expressed its support for the bill, with Vojko Starović saying the proposal recognised the potential of pensioners to contribute to society.

The National Party (SNS) was also in favour. “The SNS is very pleased that pensioners are no longer a group more susceptible to a more severe course of the Covid-19 disease and that the government has found a way to also regulate the possibility of mitigating the current situation with retired staff,” said Jani Ivanuša.

Meanwhile, the non-affiliated MPs said that the law came too late and would have been needed more when the Omicron wave was at its peak, but most of them voted in favour of it in the end.

The opposition Marjan Šarec Lust (LMŠ) also stressed that the government was too late and that the time frame of this temporary regime was too long. Moreover, LMŠ MP Andreja Zabret pointed out that the act had been another case of a lack of social dialogue.

In light of recent over-arching relaxation of most of Covid restrictions, Matjaž Han from the opposition Social Democrats (SD) said he feared the act would not achieve what it had been designed for.