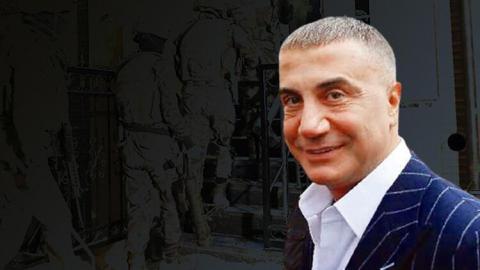 A red notice was issued by Interpol on Feb. 1 to search for Peker internationally in 194 countries.

He had been publishing YouTube videos from the UAE targeting some top Turkish officials, including Interior Minister Süleyman Soylu, in which he made accusations.

The mob boss has stopped publishing videos on YouTube in June last year after UAE officials took him for questioning.

The request comes amid Ankara and Abu Dhabi have attempted to reconcile strained bilateral ties.

Relations between Turkey and the UAE were severely impacted after a Saudi Arabia-led blockade on Qatar by Arab nations, including the UAE, that lasted from mid-2017 to early last year. Doha is one of Ankara's closest allies.

The UAE and Turkey backed opposing sides in the Libyan conflict, where a fragile ceasefire has been in place since October 2020.

Erdoğan paid a visit to the UAE on Feb. 14 for the first time in nearly a decade to revive relations.