"Christopher Hill told me - the president called me personally" 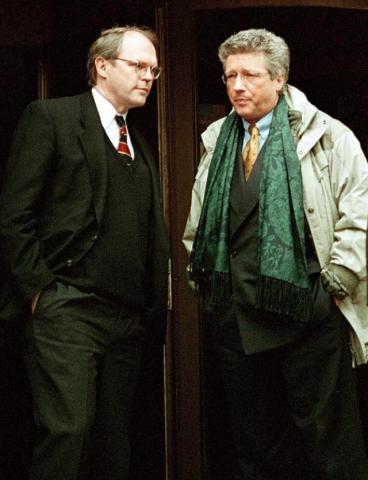 Ambassador Wolfgang Petritsch, the EU's Special Envoy for Kosovo (1998-1999), EU chief negotiator at the Kosovo peace talks in Rambouillet and Paris, was optimistic prior to this conflict, anticipating that the dialogue between Belgrade and Pristina would move forward in the second half of the year. But, as he said in an interview with Tanjug, those expectations were related to the elections being held in Serbia in April, and that after that, with the new government, it would be possible to come one step closer to a solution.
"I must openly say that I am now skeptical that this can happen," Petritsch stated.
He points out that in any case, the will of Pristina is needed for a solution, but that in Pristina and with Albin Kurti, he has only recently noticed greater flexibility.
"Whether that is really the case or not, I don't know. In any case, both sides need to reach a solution, and that is clear," Petritsch said, adding that Miroslav Lajcak and Gabriel Escobar can only help, prepare a solution, give arguments, but a solution should be reached by agreement between Belgrade and Pristina.
On the conclusion that Pristina has not yet shown readiness to implement the Brussels Agreement and the UN Security Council, and when asked whether it expects the international community to be able to put pressure on Pristina, Petritsch's impression, he said, is based on talks with the American and European sides. The pressure on Pristina is already great and there is a common position that now the next step, regarding the CSMs, must come from Pristina.
"Lajcak and Escobar thought that maybe another model could be found. I would not comment on that. That is something that Belgrade and Pristina must agree on," Petritsch points out.
When it comes...