Vučić will address the Government session 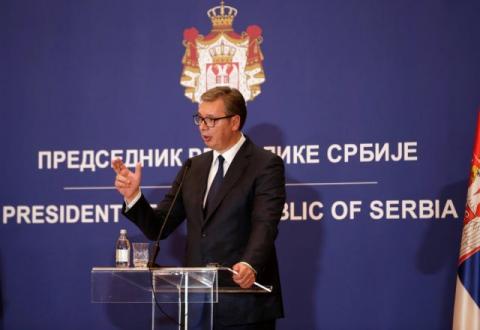 The statement reads that the Government of the Republic of Serbia sent an invitation to the President of the Republic of Serbia, Aleksandar Vui, to address today's session, at which the situation in the region and Ukraine will be discussed.
The sessions will also be attended by directors of public companies.
Earlier today, it was confirmed that the President of Serbia, Aleksandar Vui, scheduled an emergency session of the National Security Council due to the situation in Ukraine. The day before, Vui stated that great pressure was being put on Serbia in the Russia-Ukraine conflict to take a clear position, i.e. to harmonize its foreign policy with the EU, which condemned Russia's move.