Media: Putin's next target is a country bordering Serbia? 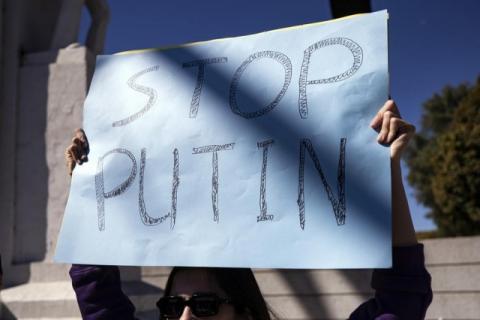 "Putin is already on the lookout for this region," reads the headline of an article in the German newspaper Die Welt, which discusses the possibility of expanding Russian activities in Bosnia-Herzegovina.
The text emphasizes that in the strategy of "returning dominance in the lost spheres of influence after the Cold War, one, so far neglected region plays a decisive role".
"Moscow is targeting the former Yugoslav republics across the Black Sea and former members of the Warsaw Pact of Bulgaria and Romania, which are often openly dominated by pro-Russian forces," the German paper said.
The text further states that the Black Sea states of Romania and Bulgaria are not Moscow's goal for now, but rather "a possible entrance door to the region in the heart of Europe, which Russia wants to take over to Western influence - and that is the Western Balkans".
"The best example of that is Bosnia-Herzegovina, and there they see themselves as the second front of a possible conflict with Russia after Ukraine," Die Welt writes.
It is further stated that the Bosnian Serb politician Milorad Dodik is forcing the secession of his Republika Srpska from the rest of Bosnia-Herzegovina, and it is reminded that Dodik's most important ally is Putin, according to the DW website.