Putin: "It should be clarified to Germany" 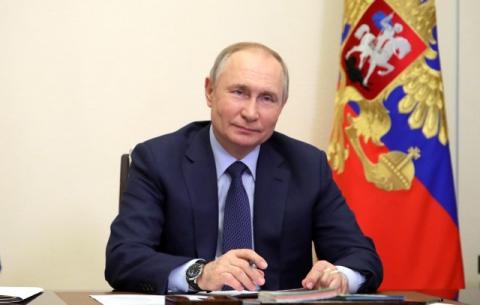 After the talks, Putin gave an order to his assistant for economic issues, Maxim Oreshkin, to contact the German side, in order to clarify the mechanism for paying for gas in rubles, Kremlin spokesman Dmitry Peskov announced today.
Peskov stated that Putin informed Scholz in detail about the payment for gas in rubles, but that, in order to raise those explanations to a higher professional level, after the talks he gave an order to Oreshkin to call German Chancellor Assistant for Economic Affairs, Jrg Kukies.
Oreshkin called Kukies last night and explained the content of that system in a detail, without involving politics in it, Peskov stated, RIA Novosti reports.
"As we have said, there will be virtually no changes for Russian gas users who pay for deliveries. In any case, they will buy rubles in the value of the currency specified in the contracts," Peskov said.
He pointed out that Russia remains consistent with its obligations from the valid contracts and agreements, both in terms of quantity and price of gas.