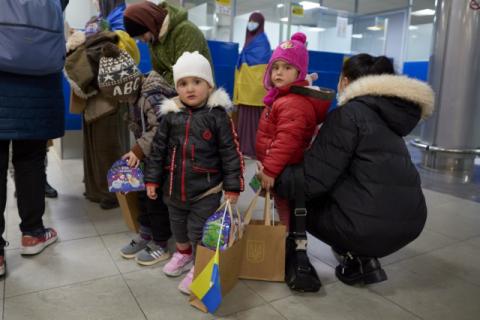 EU countries that have taken refuge from the Russian invasion of Ukraine will immediately receive 3.4 billion euros, MEPs in Strasbourg have decided.

At its session, the European Parliament gave the green light to redirect EU funds for regional development and asylum to member states sheltering Ukrainian refugees. MEPs have now adopted additional emergency measures to support them.

With 549 votes in favor, 1 against and 8 abstentions, the EP agreed to immediately allocate around € 3.4 billion of the available € 10 billion from REACT-EU funds and speed up access to EU governments to funds for infrastructure, accommodation, equipment, employment, education, social inclusion, health and care for refugee children.

The new rules will increase the initial pre-financing of REACT-EU funds from 11 per cent to 15 per cent for all EU countries.

Bulgaria is among the countries that can immediately receive 45% (instead of 11%) of the refund without the need to present invoices at the moment. The reason is that we are among the countries that have accepted a significant number of refugees, exceeding 1 percent of their population. The same applies to Austria, the Czech Republic and Estonia, as well as to the countries bordering Ukraine - Hungary, Poland, Romania and Slovakia.

More than 4 million people have left Ukraine since the start of Russian aggression on February 24. Most of them have headed to neighboring countries. These are the data of the UN High Commissioner for Refugees (UNHCR.

REACT-EU is a € 50 billion package created in 2020 to help mitigate the immediate effects of the COVID-19 crisis across the European Union.

Warning before the disaster: "It will burn like the others"

NATO Countries bought 14 Su-25 Aircraft from Bulgaria and gave them to Ukraine?

Bulgaria: Over a Million Covid Vaccines will Expire by June 2023

Day 324 of the Invasion of Ukraine: VSU Advances in Luhansk, Russians want to Surround Bakhmut

Bulgaria: The Court finally set a 140 km/h Maximum Speed Limit on the Highway

Bulgaria’s Ministry of Defense: We have Not Provided NATO countries with Su-25 Aircraft for Ukraine

Annual Inflation in Bulgaria is 16.9%

NATO Countries bought 14 Su-25 Aircraft from Bulgaria and gave them to Ukraine?

Day 327 of the Invasion of Ukraine: Zelensky warned the Russian People about the Danger of their "Cowardly Silence" (UPDATED)

MP from the Bulgarian Socialist Party: Peace Talks will reveal whether Russia is really the Aggressor