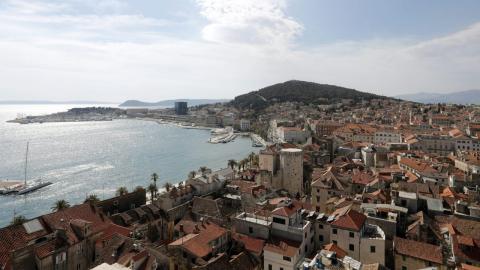 Former inmates of the notorious Lora prison camp near Split, Croatia, condemned the Split Court verdict that sentenced the former prison commander and one of the guards only for crimes committed in a couple of months in 1992.

Vukan Kovac, from the Association of Detainees of the Trebinje region, a former prisoner in Lora, called the verdict "a big scandal", and said it was a particular problem that the commander and guards in the camp "were tried only for a short period from April to August 1992, not for the entire duration of that dungeon for the Serbs".

"Unfortunately, this camp lasted from 1992 to 1997; Serbs from 'Storm' [the Croatian army's August 1995 operation against Serb-held parts of Croatia] were also detained in this camp," Kovac told Srna news agency.

Split County Court sentenced the former camp commander, Tomislav Duic, to eight-and-a-half-years in prison and one of the guards, Emilio Bungur, to four years and 10 months for crimes committed against prisoners in the camp in 1992.

The former military prison during the war in Croatia was used mostly to hold Serbs, both civilians or soldiers, captured in Croatia but also in Bosnia and Herzegovina. They were exposed to torture, abuse and humiliation.

Dobrivoje Bojovic, another former prisoner, also criticised the time scope covered by verdict. "I spent 14 months in the infamous 'Lora' in Split, but they [the court] covered only the period until August 14 1992," Bojovic told Trebinje live news outlet.

This is the first-instance verdict in a trial that has been going on for over a decade, with mergers and splits into separate cases, known as Lora 1 and Lora 2.

Duic and Bungur were already sentenced in "Lora 1", to eight and six years, in absentia. The bulk of...