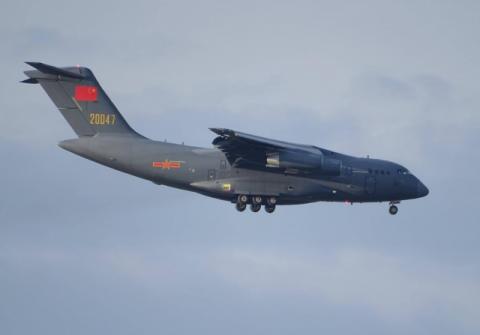 China confirmed today that it has supplied weapons to Serbia, calling it "regular military supplies". This is the first comment by the Chinese side on the news that Serbia has received missiles in a semi-secret delivery with flight path over Bulgarian air space, the AP reported.

Chinese Foreign Ministry spokesman Zhao Lijian told reporters that the operation was part of the two countries' annual cooperation plan, not aimed at third countries, and "has nothing to do with the current situation." Zhao did not give more details.

The arrival of the planes has sparked serious speculation that they are carrying HQ-22 surface-to-air missiles under the terms of a previous agreement signed between the parties.

Serbian President Aleksandar Vučić almost confirmed the delivery of medium-range systems agreed in 2019, saying on Saturday that he would present the "latest pride" of the Serbian army on Tuesday or Wednesday, the AP added.

The veiled operation took place this weekend amid Western fears that the accumulation of weapons in the Balkans at a time when war is raging in Ukraine could threaten the region.

Serbia and China have long maintained strong ties, in part because of common attitudes toward Washington. Serbs resent NATO's 1999 air operation during the Kosovo conflict, which defeated the Chinese embassy in Belgrade. NATO called the incident, which sparked violent demonstrations in Beijing, a mistake - an explanation that China and many other countries have long rejected.

Although it claims to be neutral, China has largely sided with Russia in the conflict in Ukraine, and...