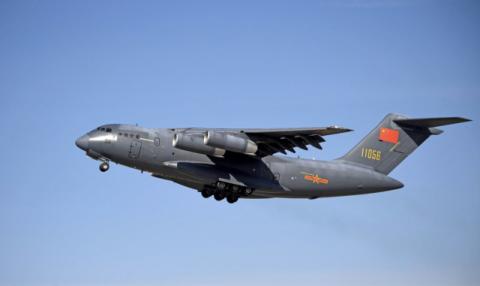 For the second day in a row, a group of six military transport planes of the Chinese Air Force flew over Bulgaria in the direction of Belgrade. It is believed that this is a supply of anti-aircraft missile system HQ-22, reported De Re Militari.

Russia's ally Serbia has received the delivery of a sophisticated Chinese anti-aircraft system as part of a covert operation this weekend amid Western fears that the accumulation of weapons in the Balkans during Ukraine's war could threaten fragile peace in the region reported AP.

The supply of weapons over the territory of at least two NATO member states: Turkey and Bulgaria, is seen by experts as a demonstration of China's growing global reach.

"The advent of the Y-20 came as a surprise because they were flying in a group, not as a series of single planes," The Warzone magazine wrote online. "The presence of the Y-20 in Europe in any number is also still a fairly new phenomenon."

Serbian military analyst Alexander Radic said "the Chinese have demonstrated force", BTA reports. And President Alexander Vucic has almost confirmed the 2019 delivery of the medium-range system. On Saturday, he said he would present the Serbian army's "latest pride" on Tuesday or Wednesday.

Earlier, he complained that NATO countries, which most of Serbia's neighbors are, were refusing to allow the delivery system to fly over their...