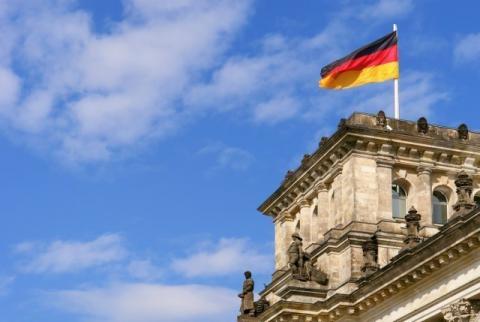 Olaf Scholz called for accelerating the accession of the Western Balkans to the European Union, which has been blocked for years, mentioning a "new era" in light of Russia's invasion of Ukraine.
At a joint press conference with Albanian Prime Minister Edi Rama, German Chancellor Olaf Scholz promised to help advance the issue.
"My impression is that we are living in a new era and that it has something to do with Russian aggression in Ukraine," the German chancellor said.
According to him, the need to find common positions within the EU has increased, and that is why it is "the right time to move forward" with the process of joining the Western Balkans.
European Union leaders reiterated "their commitment to the enlargement process" at a summit in Slovenia in October, sparking further disappointment among six candidates for European membership (Albania, Bosnia-Herzegovina, Serbia, Montenegro, North Macedonia and Kosovo), all hoping that the EU will stick to the promised agenda.
Faced with such a status quo, Russia and China have been setting up pawns in the strategic region for years, especially by sending millions of doses of the vaccine to help it fight the coronavirus pandemic.
While Albania, North Macedonia and Montenegro are members of NATO, Moscow maintains deep ties with Orthodox countries such as Serbia.
Moscow's influence in Serbia is still ubiquitous, and Russia is a key partner of the Serbian economy in the field of energy, France Press concludes.