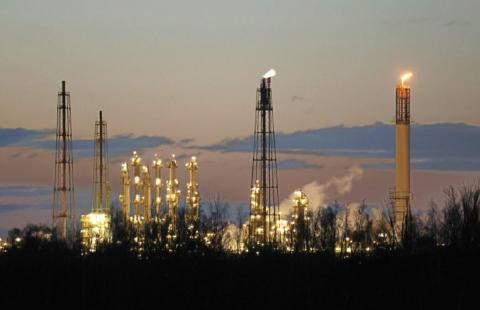 From plans for liquefied natural gas terminals in northern Germany, Finland and France to potential new routes through Spain and the Mediterranean, Europe is striving to rid itself of its dependence on Russian gas, though experts say the task will take years to complete.

Just a week after the invasion of Ukraine, the Danish environmental authority granted a permit to continue construction, after a nine-month suspension.

It is now expected to start operations in October, before becoming fully operational on Jan. 1, 2023.

With an annual transport capacity of 10 billion cubic metres of gas, the pipeline should cover around 50 percent of consumption by Poland.

While this may be good news for Poland, it could spell trouble for other European countries seeking to free themselves of Russian gas.

Norway, Europe's second-largest gas supplier after Russia, is delivering at full capacity, so more gas to Poland means less for the rest of the continent.

While the European Union has resisted calls to ban Russian gas immediately, it has announced plans to slash imports by two thirds this year and eliminate them entirely before the end of the decade.

Europe is looking for gas from further away, including liquefied natural gas (LNG) transported by ship from the U.S., Qatar and Africa.

But such imports require the construction of large LNG terminals to turn it back into gas or, at the very least, the purchase of so-called floating storage regasification units.

As the entry into service of the Nord Stream 2...