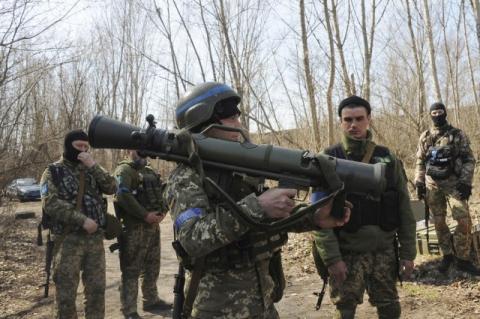 In the negotiations with the Russian Federation, Ukraine adheres to the Istanbul Communiqu and has not changed its positions, said the head of the Ukrainian negotiating delegation, David Arakhamia.
U.S. President Joseph Biden indirectly accused Vladimir Putin of genocide.
Biden said the ability of Americans to pay for gasoline should not depend on a dictator on the other side of the world starting a war and "committing genocide."

Kadyrov claims that a thousand Ukrainian marines surrendered in Mariupol

Chechen leader Ramzan Kadyrov said that more than 1.000 Ukrainian marines had surrendered in Mariupol, and called on the remaining forces in the 'Azovstal Iron and Steel Works' plant to surrender. "At the moment, there are about 200 wounded inside 'Azovstal' who cannot receive any medical help," Kadyrov pointed out in his announcement. "It would be better for them and everyone else to end this senseless resistance and go to their families," he added.

Lukashenko on the possibility of integrating Belarus into Russia

"Putin and I are not so stupid as to use old methods. We will rebuild the unity from which we will learn how to overcome sanctions," said President of Belarus Alexander Lukashenko.

Presidents of Poland, Lithuania, Latvia and Estonia travel to Kyiv to meet with President Zelensky

New satellite images from Makar Technologies show that Russia is gathering troops in the Belgorod region for an offensive in eastern Ukraine.