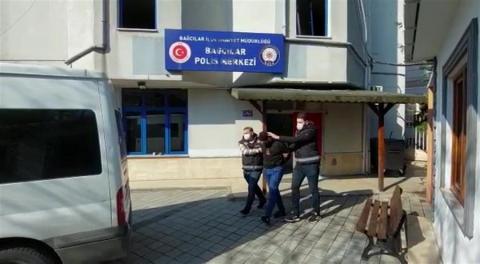 Over 19,000 Syrians have been deported from Turkey since 2016 for violating law and order, Interior Minister Süleyman Soylu has said.

To date, Turkey has deported more than 317,000 people, Soylu said, adding that the country hosts more than 3.5 million Syrian refugees.

Speaking at a meeting with officials from his ministry's Presidency of the Migration Management, Soylu was responding to main opposition Republican People's Party (CHP) leader Kemal Kılıçdaroğlu, who recently criticized the government's migration policy.

Kılıçdaroğlu claimed that officials are not taking enough measures against the irregular migrant inflow through what he described as Turkey's "porous borders" and asked if strict security checks were made for those who were granted citizenship.

Refuting Kılıçdaroğlu's claims, Soylu said that authorities keep all records of the migrants.

"To date, more than 317,000 people have been expelled. The deportation rate was 18 percent in Europe in 2020, whereas it was 40 percent in Turkey. In 2022, already 20,600 people have been deported," the minister added, noting that there are 25 repatriation centers in Turkey, and eight more are being planned.

Some 407,000 Syrians have voluntarily returned to their country thanks to Turkey's cross-border military operations, which created a safe environment for refugees, Soylu said.

He noted that since 2016 security forces have captured 1.4 million irregular migrants inside the country and that another 2.6 million people have been prevented from illegally entering Turkey.