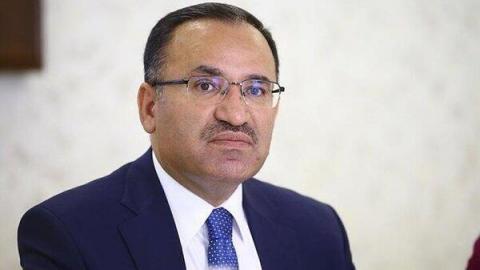 A Turkish court's decision on the suspension and transfer of trial regarding the murder of journalist Jamal Khashoggi is in line with laws, Justice Minister Bekir Bozdağ has said.

"[The court's ruling] does not mean that the case will be dismissed or the transfer of the jurisdiction," Bozdağ tweeted on April 15.

A court in Istanbul ruled on April 7 to suspend the trial in absentia of 26 Saudis accused in the gruesome killing of Khashoggi and for the case to be transferred to Saudi Arabia.

"Some politicians, even if they know very well [what the court's ruling means] distort the facts to make political gains," Bozdağ said.

"The murder was committed in Istanbul. Everything is clear," Kılıçdaroğlu said in a speech.

Khashoggi, a U.S. resident and Washington Post columnist, was killed on Oct. 2, 2018, at the Saudi Consulate in Istanbul. He had gone into the consulate for an appointment to collect documents required for him to marry his Turkish fiancee, Hatice Cengiz.

Khashoggi never emerged from the building. His remains have not been found.

Turkey began prosecuting defendants in absentia in 2020 after Saudi Arabia rejected requests for their extradition.