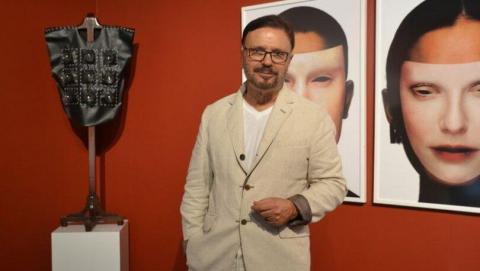 Balkan Naci İslimyeli, a leading figure in Turkish painting, died on April 13 at the age of 74, after losing a battle against cancer.

İslimyeli, born in Adapazarı in 1947, studied painting for five years at Marmara University Faculty of Fine Arts. He became an assistant in 1973 in the same school a year later.

İslimyeli went to Salzburg in 1975 to study lithography with the scholarship of the Austrian government, which he won while working as an assistant. Continuing his thesis studies when he returned home, the artist completed his master's degree in 1977 with the thesis "Fiction as a Visual Art Element." He went to Florence in 1980, this time with a scholarship from the Italian government. He worked for two years at the Painting Department of the Florence Academy of Fine Arts. He returned to Turkey in 1982.

The artist, who received the diploma of proficiency in art, which is equivalent to a doctorate, in 1983, became an associate professor in the painting department three years later in 1986.

He went to New York in 1989 to work on contemporary arts and became a professor in 1996.

İslimyeli was also interested in literature and cinema. The artist's poems and stories have been published in various magazines and books.

He worked as an art director in cinema. He also gave many workshops at Marmara University. The 45th anniversary of İslimyeli's artistic life was celebrated in 2017 with the "Remember" exhibition held at the Tophane-i Amire Culture and Art Center.