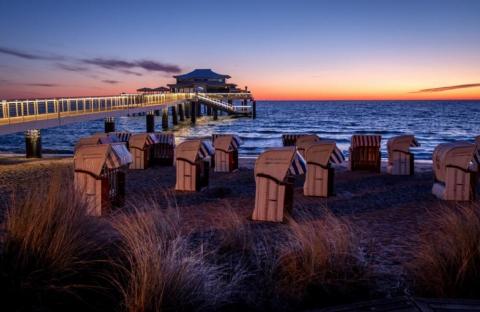 "Dependence on Russian energy imports must be reduced quickly and sustainably," tweeted Finance Minister Christian Lindner on April 15. "Floating LNG terminals make an important contribution to this, for which we must provide funding," he added.

A total of 2.94 billion euros has been made available for the lease of these huge LNG carriers, the Finance Ministry told AFP.
Europe, and Germany in particular, is counting on LNG to reduce its dependence on Russian imports after Moscow's invasion of Ukraine.

Some 20 countries export this liquefied gas which is transported by ship, and whose three largest suppliers are Australia, Qatar and the United States.

Liquefied to take up less space, the LNG is regasified on arrival for distribution.

The mobile terminals, known as Floating Storage Regasification Units (FSRU), allow for converting LNG carried by a tanker into gas and injecting it into the pipeline network.

Russia is a major fossil fuel producer and accounted for around 45 percent of the European Union's gas imports last year, but the bloc is under pressure to impose sanctions on oil and gas imports from Moscow.

In recent years, Germany has imported an average of 55 percent of its gas from Russia via onshore pipelines.

This share was reduced to 40 percent by the end of the first quarter of 2022, in favor of higher imports from the Netherlands, Norway and of LNG, according to the Economy Ministry.

Unlike several European countries, however, Germany does not have an onshore terminal to process imported liquefied gas.