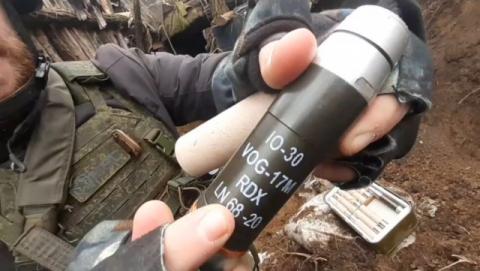 "I would not like to go into details ... there is a hypocrisy here," Atanasov said on BNT. He added: "That is, our military industry generates products that go there, but we are politically afraid to take a position."

Although the co-chair of the DB referred to the Ukrainian media, it has long been said in the public sphere that through ceding and resale, Bulgarian arms production has reached Ukraine. The Deputy Prime Minister and Minister of Economy Kornelia Ninova periodically insists that Bulgaria has not exported such goods to Ukraine since the Minsk Agreements (2014-2015).

She even provided the National Assembly with an interim report on Bulgarian exports - since the creation of this government in December last year. For EU countries - the Czech Republic, Denmark, Estonia, Finland, Germany, Italy, Lithuania, Poland, Romania, Slovakia and Spain, we have exported military goods for 45,819,649 euros, and for other European countries - Azerbaijan, Georgia, Serbia, Switzerland and Turkey - for 18,766,343 euros.

"Anyone see Ukraine?" She asked. However, she admitted that it is possible that from each of these destinations to which Bulgaria exports its goods and technologies, they will be redirected to Ukraine.

Today, Atanasov also pointed out that the DB will continue to insist that the Bulgarian parliament take a...