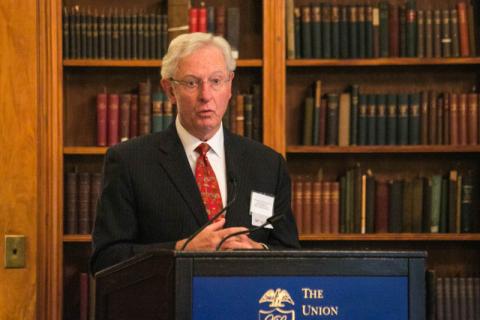 "Russian dictator Vladimir Putin will not limit himself to a war against Ukraine. He might try to take over other countries, including NATO members."

This was stated by the American diplomat and former US Ambassador to Turkey W. Robert Pearson in an article in for the renowned The Hill.

According to him, Putin is trying to return the borders of the Russian Empire. To do this, he must gain control of a number of European countries.

"We know that if Putin survives, he will do everything possible to increase Russia's military presence as far as possible in the West. He will make Minsk more subordinate to Moscow and make the presence of Russian troops semi-permanent, as in Syria. He will increase its operations in Kaliningrad and along Russia's Baltic borders as a weapon to intimidate NATO's Baltic forces, Poland and Germany," the diplomat said.

Pearson noted that Putin is interested in creating a frozen conflict in Ukraine.

The diplomat believes that NATO's main task is to decide on a new security system for Europe after the end of the Russian war against Ukraine. At the same time, he stressed that sanctions against Russia would not be a victory for the United States or the Alliance if they did not motivate Putin to withdraw his troops from Ukraine. In this case, Europe and the United States must understand that it is not enough to "play defense".

The Washington edition also quoted senior German diplomat Thomas Bagger as saying in the New York Times on March 27: "We did not realize that Putin had created...