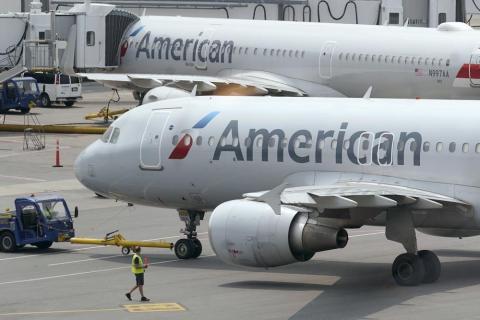 U.S. airlines say they have hit a turning point: After a lousy first quarter, they expect to be profitable as Americans return to travel in the biggest numbers since the start of the pandemic.

American Airlines is the latest carrier to give a rosy outlook for the rest of 2022. American said on April 21 that although it lost $1.64 billion in the first quarter, sales hit a record in March, and the company expects to earn a profit in the second quarter.

"Demand is as strong as we have ever seen it," American CEO Robert Isom told analysts.

American's upbeat view echoed similar comments from Delta Air Lines and United Airlines, which both predicted in recent days that they will earn full-year profits despite big losses in the first quarter.

Air travel was subdued in January and February by the omicron variant that caused an increase in COVID-19 cases among both travelers and airline employees. But travelers came back in March, and airline executives believe that Americans are eager to travel this summer and won't be discouraged by another, smaller uptick in coronavirus cases and higher airfares.

Industry officials attribute rising airfares to a combination of covering higher fuel costs, a limited number of flights compared with schedules before the pandemic and strong demand.

"We are encouraged that indeed month to month we are seeing a greater increase in fares," said Vasu Raja, American's chief commercial officer. "We are seeing a lot of strength in the fare environment."

The recovery is being powered by leisure travelers, but the airlines say they are seeing more business travelers.

American said overall business travel is 80 percent of pre-pandemic levels, dragged down by corporate travel, which is only 50...