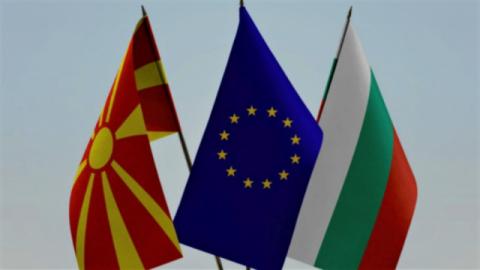 "I will come to Sofia as often as necessary in order to reach a decision (lifting the Bulgarian veto on North Macedonia's membership in the EU) by the end of June, we have no time, the war has shown us how important the European integration is."

This was stated by EU Enlargement Commissioner Oliver Varhelyi during the forum "EU meets the Balkans. The lesson from Ukraine: European enlargement - protection from war".

Varhelyi added that he was "extremely disappointed" that the issue of the start of Skopje's EU membership talks was back on the agenda. He added that he thought the issue was over two years ago.

He also gave an example with the covid crisis and the supply of vaccines. He said countries such as North Macedonia and Albania would receive vaccines much faster as EU member states. His other argument was related to the war in Ukraine.

"The war shows us that we have no time to lose. We have no interest in wasting more time. The economic crisis and COVID-19 show us what a lack of integration can lead to."

"The integration process must be accelerated for the countries of the Western Balkans," he concluded.

Earlier today, Foreign Minister Teodora Genchovska reiterated that Bulgaria could lift its veto, but after changes in the Macedonian constitution guarantee the rights of Bulgarians in the country. She added that she would once again introduce Varhelyi to this position.

The topic of North Macedonia has been one of the most controversial in recent weeks. The reason is the information that the government will lift the veto before the end of the French presidency of the Council of the EU (June - b.a.) The Prime Minister and representatives of the ruling coalition...