Germany has found a new way to supply weapons to Ukraine 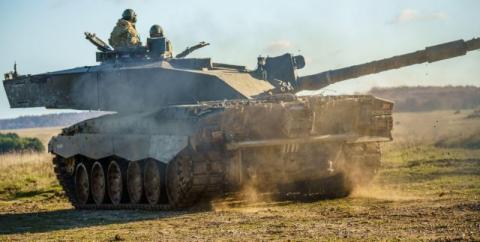 There is a special discussion about Marder tanks.
However, Germany has found another scheme - it donates weapons to countries that arm Ukraine.
According to the Treaty on Conventional Armed Forces in Europe, all tanks and armored vehicles and all artillery weapons of 100 mm caliber and more are considered heavy weapons. Fighter planes and attack helicopters are also classified as heavy weapons.

Germany is following the example of its allies

Chancellor Olaf Scholz's mantra from the outbreak of the war is to do everything in close coordination with NATO and EU partners. At a press conference last Tuesday, he pointed out that countries like Canada, Britain and the United States supply the same weapons as Germany.
But the United States announced a new 740m-euro military aid package to Ukraine on Thursday, including heavy artillery. Thus, U.S. military aid exceeds three billion dollars since the beginning of the Russian invasion.
In contrast, according to the German Ministry of Economy, Germany has given about 186 million euros for Ukraine's military defense since the beginning of April. It was mainly used to buy anti-aircraft missiles, machine guns, ammunition and protective equipment - but not heavy weapons.

Professor Carlo Masala, a defense and security expert at the Bundeswehr University in Munich, said that Scholz was sending a message to Russia on the one hand. On the other hand, it is also a signal to the German population and Olaf Scholz's party, the Social Democrats, who are intensively discussing this topic:
"Scholz needs all those who do not want the delivery of heavy weapons because they think it will escalate the conflict and make Germany a Russian...