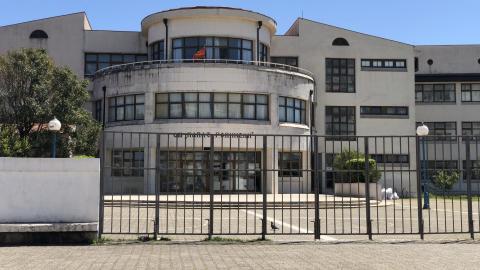 Schools and some municipal buildings in Montenegro were closed and evacuated on Wednesday in response to the latest anonymous bomb threat; they have plagued the country since the end of March.

A professor at the Faculty of Information Technologies in Podgorica, Adis Balota, warned that such threats are synchronized, aimed at paralyzing institutions and spreading insecurity.

"Such threatening messages should be expected in future. Not only in relation to the school system but also in other state bodies, or institutions that organize sports, music and other gatherings attended by a larger number of citizens," Balota told BIRN.

"Of course, for every such message, the procedures require maximum caution, until institutions find how serious they are," he added.

On Wednesday, the Ministry of Education, Science, Culture and Sport said classes were suspended in 41 schools in the capital Podgorica and in towns including Bar, Kotor, Herceg Novi, Niksic, Berane, Danilovgrad, Kolasin, Bijelo Polje, Plav, Rozaje, Gusinje, Sutomore, Petrovac - and in all kindergartens in the country.

Municipal buildings in the towns of Bijelo Polje and Berane were also evacuated, while police said they were taking security measures in schools, verifying the allegations.

Media reported that the schools received threatening emails from an unknown person, which stated that "many bombs have been planted on school grounds".

"We always dreamed of revenge. We will take revenge. We'll come to school. We will kill everyone. No one will stay alive. The whole city will bleed," the emails added.