Electricity restored in Kılıçdaroğlu’s flat after a week of darkness 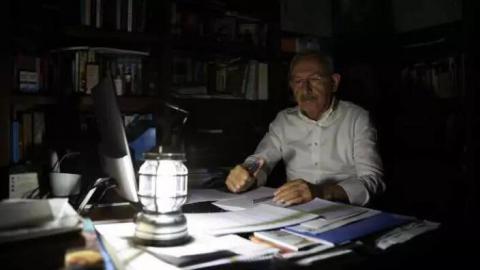 Electricity has been restored in the flat of main opposition Republican People's Party (CHP) leader Kemal Kılıçdaroğlu after he paid his unpaid bills, ending his one-week protest against the government over price hikes.

A statement from the Republican People's Party (CHP) informed that Kılıçdaroğlu paid his electricity bills on April 28 and that electricity was restored in his flat in downtown Ankara.

The private energy company cut the electricity in Kılıçdaroğlu's house as he did not pay his bills since February. He had said he started this protest in order to be the voice of those who cannot afford to pay high utility bills.

"We will, with my wife, live in the dark [in our house] for one week," Kılıçdaroğlu said in a video message he posted on his Twitter account late on April 21. Kılıçdaroğlu and his wife had recorded the video under the light of candles at their house.