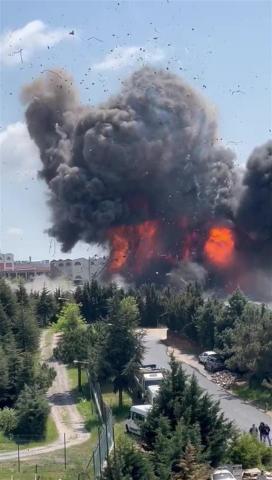 At least three people were killed in an explosion at a factory in Istanbul's Tuzla district on April 29.

A fire broke out at a paint and varnish plant at around 1 p.m. local time, district governor Ali Akça told Demirören News Agency.

"Firefighters, ambulance physicians and security officials swiftly intervened in the situation. Nine citizens were injured. Heath professionals provided service to nine citizens. However, unfortunately, three of those citizens lost their lives on the scene," he said.

All the dead and injured people were identified by authorities, he added.

Akça also said that the reason behind the fire and explosion would be found after an investigation conducted by the Fire Department.

The prosecutor's office in the Anatolian side of Istanbul also opened a probe into the incident.

The organized industrial zone in Tuzla houses a large number of varnish factories.