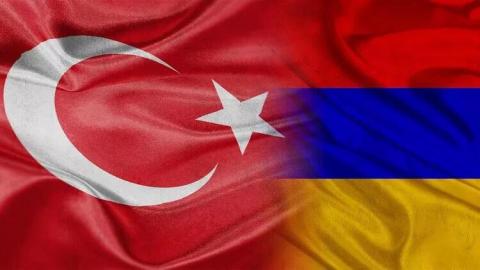 The special representatives from Turkey and Armenia will hold their third in-person meeting next week as part of an ongoing mutual bid to establish diplomatic ties between the two neighbors, the Foreign Ministry has said.

"The third meeting of the special representatives for the normalization process between Turkey and Armenia, Ambassador Serdar Kılıç and Deputy Speaker Ruben Rubinyan, will take place in Vienna on May 3," the ministry said in a statement late April 28.

The first two rounds of meetings had taken place in Moscow in January and Vienna in February. Armenian Foreign Minister Ararat Mizroyan came to Turkey in March to attend the Antalya Diplomacy Forum, where he held a bilateral meeting with Foreign Minister Mevlüt Çavuşoğlu.

Turkey and Armenia have not established diplomatic ties since the early 1990s after the latter gained independence. Armenia's occupation of Azerbaijani territories in Nagorno-Karabakh was the primary reason for Turkey's sealing of the borders with Armenia and not establishing normal ties with it.

In the first two rounds, the special representatives exchanged views on possible concrete steps that could be mutually taken to that end and reiterated their agreement to continue the process without preconditions.

The normalization process aims to allow the establishment of diplomatic ties, the opening of sealed borders, and starting of economic, trade and transportation projects between the two nations. As part of the confidence-building measures, Turkey and Armenia resumed charter flights between Istanbul and Yerevan, while Armenia lifted an embargo on Turkish goods.

Turkey says it is coordinating the Ankara-Yerevan normalization process with Azerbaijan, which seeks a final agreement with...