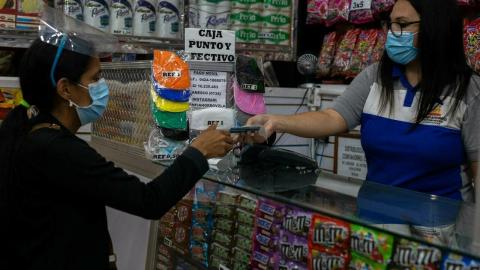 Economic growth in Latin America and the Caribbean will be lower than expected at 1.8 percent this year due to the war in Ukraine, a UN body has said.

In 2021, the region's gross domestic product (GDP) growth was 6.2 percent, and the UN Economic Commission for Latin America and the Caribbean (ECLAC) in January forecast growth of 2.1 percent for 2022.

But in a statement on April 27, it adjusted the figure downward, saying the war has heightened inflation, increasing financial volatility and costs.

The economies of South America are projected to grow by 1.5 percent, Central America and Mexico by 2.3 percent, and the Caribbean by 4.7 percent, said the ECLAC.

"The war in Ukraine has also caused an increase in commodity prices, mainly in fossil fuels, some metals, food and fertilizers," it added.

Along with higher costs due to supply chain disruptions, the price increase has caused inflation in some countries to reach historic highs in 2022.

Last month, regional inflation was estimated at 7.5 percent, and many central banks anticipate sustained high inflation for the rest of the year.

For Brazil, the region's largest economy, the ECLAC forecast growth of 0.4 percent for 2022.