Chief of Defense: 700-800 soldiers from Italy are Coming to Bulgaria for NATO’s Battle Group 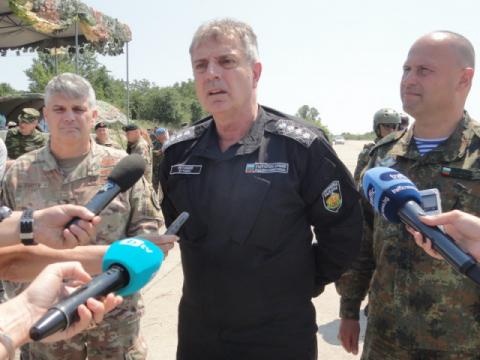 "Between 700 and 800 soldiers from Italy will arrive in Bulgaria to participate in the NATO Multinational Battle Group on our territory." This was announced by Bulgaria's Chief of Defense Admiral Emil Eftimov in an interview with the Bulgarian National Television. "Since the beginning of the war in Ukraine, our naval forces have been closely monitoring the Black Sea," he explained. "After the Dutch F-35 fighters, other allied planes will strengthen the Air Policing mission in Bulgarian airspace."

"The Bulgarian army is closely monitoring the changing security environment in the Black Sea after and before the start of the war in Ukraine," said Chief of Defense Admiral Emil Eftimov.

"The security situation in the Black Sea is dynamic, we all know about the restrictions on shipping in the northwestern part of the Black Sea, the problems in the Sea of ​​Azov, in the waters of the Gulf of Odessa to the Crimea."

"The dangers in the Black Sea are not only from naval mines, as detected by the Romanian and Turkish navies but also from the very dynamics of the conflict."

"We pay special attention to this situation and of course, our focus is around Kherson, Mykolaiv, Odessa."

"There is no threat to the sovereignty and territorial integrity of Bulgaria," Eftimov assured.

"Rest assured that if action is taken, there will be measures, both nationally and collectively, to demonstrate our determination and our deterrent potential."

In addition to the two new modular patrol vessels, the first of which will be in service in 2025, the Navy is modernizing coastal surveillance and reconnaissance systems. A submarine will...