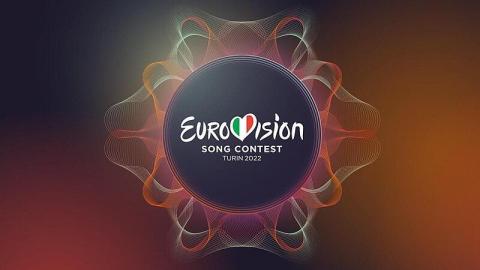 Kitsch, glitz and geopolitics -- the Eurovision Song Contest is back in two weeks' time, with Russia excluded and conflict-ravaged Ukraine the hot favourite to take the crown.

"Stefania", by Ukrainian folk-rap group Kalush Orchestra, has been tipped by bookmakers to win the cult competition, this year being held in the northern Italian city of Turin on May 14.
Russia was barred by organisers the day after it invaded its neighbour in late February.
And with lyrics such as "I'll always find my way back home, even if all the roads have been destroyed", the bookies expect Ukraine to benefit from an outpouring of public support.
A collation of leading bookmakers on fan site Eurovisionworld has put Kalush Orchestra as the runaway favourites, with hosts Italy in second place.
Mahmood and Blanco's "Brividi" hopes to repeat the success of their country last year, when lederhosen-clad rockers Maneskin triumphed with "Zitti e Buoni" and went onto global fame.
But with Eurovision, whose riot of pop, outrageous outfits and international relations drew 180 million viewers across Europe last year, anything is possible.
"The public show strong support for Ukraine but I would not assume Ukraine is going to win," said Dean Vuletic, a historian and expert on the geopolitics of Eurovision.
"In 1993, Bosnia and Croatia did not finish highly," despite being under attack, he told AFP, adding: "While the Ukrainian entry is strong, there are other entries of high quality."

It is not the first time the roars of war have made themselves heard in the competition, begun by the European Broadcasting Union in 1956 with just seven countries.
Greece boycotted Eurovision after Turkey invaded Cyprus in 1974, and tensions in the Balkans have...