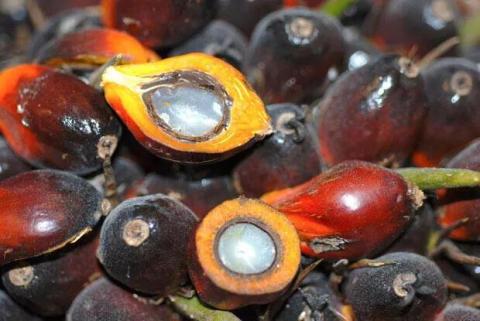 Indonesia's decision to suspend palm oil exports in the face of domestic shortages has pushed vegetable oil prices to new highs, further tightening a market already on edge due to the war in Ukraine and global warming.

The prices of palm, soybean, European rapeseed and even its Canadian GMO counterpart, canola oil, have reached historic highs following Indonesia's announcement last week.
"We already had problems with soybeans in South America, with canola in Canada," said Philippe Chalmin, an economics professor at Paris-Dauphine University in France, stating that both crops had been severely affected by extended droughts.

Then came devastation for the "sunflowers in Ukraine" due to Russia's destructive invasion, he added.
Palm oil is the most consumed vegetable oil in the world, and Indonesia accounts for 35 percent of global exports, according to James Fry, chairman of LMC consulting firm.
Indonesia's export ban is designed to bring down prices in the country and limit shortages, according to authorities.
But Chalmin said the move "comes at the worst time."
"The rise in prices dates back to last year already and it is exacerbated by the Ukrainian conflict," he explained.
Rich Nelson of the agricultural market research and trading firm Allendale said "the industry believes it'll last maybe for one month, perhaps two."

But in the meantime, prices are skyrocketing in a market that was "already accelerated," he said.
Unlike other oilseeds, palm fruit does not keep once picked and has to be processed immediately, Fry said.
Indonesia's palm oil storage system, which was already holding substantial reserves, is now under further stress, Fry said.
Even though the price of vegetable oil, in addition to multiple...