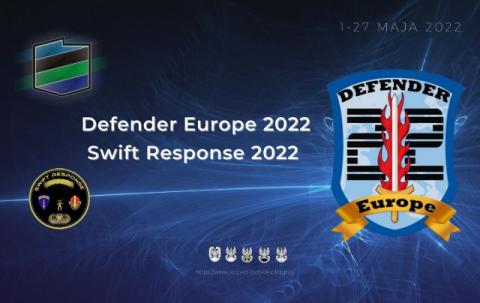 NATO has launched major military exercises on its eastern flank.

From 1 to 27 May, Defender Europe 2022 and Swift Response 2022 will be held in nine NATO countries with 18,000 troops from more than 20 countries. This was announced on May 1 on the website of the Armed Forces of Poland, one of the host countries, quoted by the Ukrainian site "Gordonua".

The press service noted that Defender Europe 22 is an international joint regular recurring exercise organized by the US Armed Forces to increase preparedness and interoperability between US and NATO allies and partners.

"DE22 and SR 22 belong to a series of cyclical defense exercises, are not directed against any country and are not related to the current geopolitical situation in the region. The national and international planning process for them began in 2021," the statement said.

It is noted that the joint exercises increase the security of NATO's eastern flank and serve to "work out in accordance with NATO standards the procedure for the use of troops and their adaptation to new challenges on the modern battlefield and deter potential aggressors."

The press service of the Polish army said that about 7,000 servicemen and 3,000 units of equipment from the United States, France, Sweden, Germany, Denmark and Great Britain will take part in the exercises in Poland alone. During the exercises, the ability of the soldiers to interact in a joint combat operation will be tested. In particular, the military will work out episodes of long-range tactical movement with overcoming water obstacles and fire training.