Times: Moscow has made a Decision to Attack Moldova 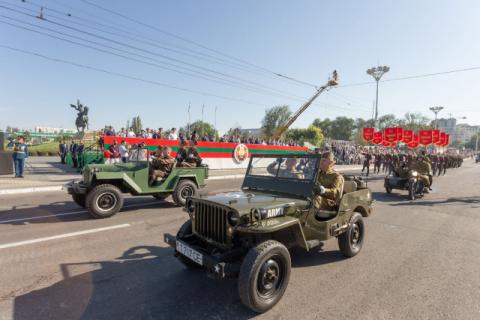 Moscow is already paving the way for the conquest of Moldova, the British Times writes, adding that the invasion of the former Soviet republic could take place on May 9. According to the British edition on May 9, Russian President Vladimir Putin may declare recognition of the independence of the Transnistrian Moldovan Republic. This would lead to the realization of the "Donbas scenario" and would be an immediate threat to the territorial integrity of Moldova.

According to the Ukrainian intelligence sources quoted by the Times, there are a number of signals that indicate that in the near future there may be an attack on the former Soviet republic, whose army has only 3,250 servicemen.

From now on, there is activity at the airport in Tiraspol, the capital of the internationally unrecognized Transnistrian Republic. It is possible that the Russians are trying to transfer their troops on board IL-86 planes taking off from occupied Crimea. At the same time, riots and protests are to be organized in the capital, Chisinau.

The British newspaper writes that this information does not coincide with the assessments of the Western intelligence services, which believe that Russia does not have enough capabilities to reach this route safely without the risk of their planes being shot down in the Odessa region by Ukrainian air defenses. In order to transfer ammunition and troops, Russia would have to create a land corridor, for which it would face fierce resistance from Ukrainian forces from the partially occupied Kherson region and part of the Mykolaiv and Odessa regions.

According to the Times, the invasion of Moldova could take place on May 9, when Russia celebrates Victory Day. "We believe the Kremlin has already decided to attack...