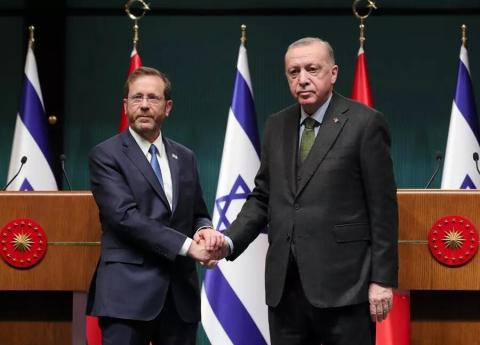 The office did not provide details about the phone conversation, which came at a moment when Ankara and Tel Aviv are in efforts to normalize ties. Turkey's Foreign Minister Mevlüt Çavuşoğlu is expected to visit Israel and Palestine in late May.

Meanwhile, Erdoğan spoke over the phone with the leaders of many countries on the occasion of Eid al-Fitr and exchanged Eid greetings.

During the calls, Erdoğan and the leaders exchanged Eid greetings.