Tourism Minister: Routes and destinations from the USA to Greece expanded 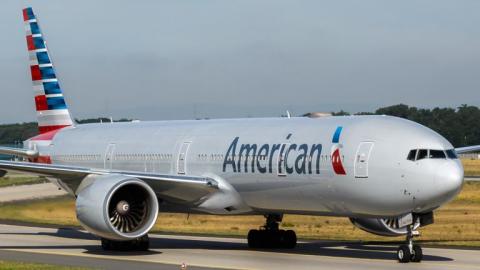 The Minister of Tourism Vassilis Kikilias announced the extension of the itineraries and the opening of new destinations in Greece from the United States.

The announcement came after a series of teleconferences held on Monday, May 2, with senior executives from all three US airlines operating in Athens this year, namely Delta Airlines, American Airlines and United Airlines.

As Mr. Kikilias stated, "the aim of the teleconferences was both to make a first assessment of the dynamic movement of the American market so far and to strengthen it in the coming months." He emphasized that "the wager to start the tourist season earlier than ever paid off. We are now doing our best to increase our tourism product and in this context the teleconferences with the senior executives of the airlines have had a positive imprint as they are already launching larger aircraft with more seats, new destinations while we are putting conference tourism back on the tourist map from the USA."

In a teleconference with Steve Sear, Executive Vice President of Global Sales and Distribution Delta Airlines, Scott Jordan, Managing Director NY Sales and other Delta executives, which this year began its journey from New York earlier than ever before, on March 7, and opened for the first time a direct flight from Boston, discussing ways in which the season could be extended. The company expressed its intention to extend the flights until the end of December to include the Christmas holidays, essentially turning its operation into a 10-month affair. Ways were also discussed to extend the operation in January and February in view of the opening of winter cruises this February. In this context, it was agreed to set up a...