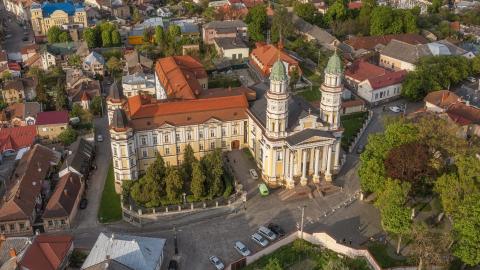 "We can never give up on the Hungarians living there and our abducted territories," he tells BIRN, advocating a stealthy approach, "just gently, carefully, diplomatically, step by step", for a revanchist policy that would, if put in practice, represent a major geopolitical shock in Eastern Europe.

Bartal expresses the sentiments of some Hungarians who are haunted by the "trauma of Trianon" - a sociological phenomenon exploited for decades by the country's far right and nationalists. It refers to the 1920 Treaty of Trianon, which stripped Hungary - a loser as part of the Austro-Hungarian empire in World War I - of two-thirds of its territory and almost half of its population.

Now, many Ukrainians fear that the Hungarians will seek to capitalise on Ukraine's fragility after Russia's invasion and make a move in order to reverse the historical injustice of Trianon.

These fears have recently been fuelled by the Hungarian government's ambivalent response to the Russian invasion. In the last few weeks, two Ukrainian senior officials, Deputy Prime minister Iryna Verschchuk and Oleksiy Danilov, a head of National Security and Defense Council, separately speculated that Hungary's refusal to take a tough line against Vladimir Putin was - in Verschchuk's words - "maybe because they silently dream of our Transcarpathia".

Figures close to Viktor Orbán, the Hungarian prime minister, and his nationalist-populist Fidesz ruling party have stoked the tension. "We must be emotionally and financially ready to welcome the Hungarian territory," Csaba Belenessy, a pro-Orban commentator, said  in late March.

Separated from the rest of Ukraine by the bend of the East Carpathians, the region called Zakarpatska Oblast in Ukrainian is one of six former...