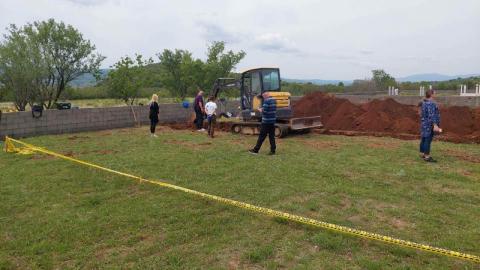 The Bosnian Missing Persons Institute told BIRN on Friday that the remains of five more war victims have been found during the exhumation in Medjine, taking the total number of victims' remains found at the site to eight.

Missing Persons Institute spokesperson Emza Fazlic said that four bodies were found whole, while the other one was incomplete.

"This exhumation is a continuation of the one from last week, when the complete remains of at least three victims were found, who are presumed to have disappeared in the area in 1994," Fazlic said.

She added that during the exhumation, clothes were found as well as cloth in which the victims were wrapped.

The remains will be sent to the Sutina City Cemetery in Mostar to determine the victims' identities through DNA analysis.