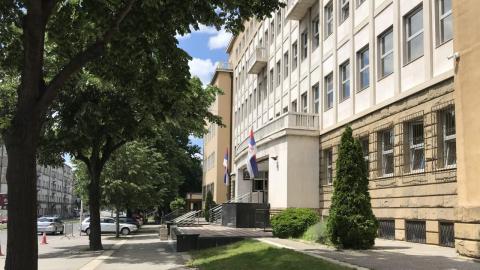 A new report published by the Belgrade-based Humanitarian Law Centre on Friday accuses the Serbian War Crimes Prosecutor's Office of being "extremely inefficient", while also raising concerns that over a half of the court hearings in war crime trials last year were postponed for COVID-related reasons.

Outside the courtroom meanwhile, Serbian officials continued to promote war criminals and misrepresent the history of the 1990s wars, the report says.

The Humanitarian Law Centre's annual report on war crimes trials in Serbia says that "the negative trend of raising a small number of indictments against a small number of suspects continued" in 2021, and that most of the cases were actually not originated at the Serbian War Crimes Prosecutor's Office, but taken over from Bosnia and Herzegovina.

Over the course of the year, seven indictments were filed charging nine people, four of which were indictments originated by the Bosnian prosecution.

"Given that the War Crimes Prosecutor's Office has a prosecutor and 12 deputies, raising only three indictments throughout the year as a result of its own investigations can be considered extremely inefficient," the HLC says in the report.

"It is very worrying that for the third year in a row, the TRZ has a larger number of deputy prosecutors than the total number of indictments filed in a year," it adds.