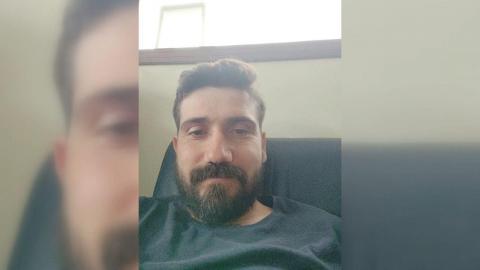 A Turkish captain has been rescued more than 60 hours after he fell overboard from a ship off the coast of Bali.

Quorn, the Liberia-flagged 290-meter bulk carrier operated by London-based Zodiac Maritime, set sail on April 29 from Australia, en route to Vietnam. On May 2, the crew of the ship discovered that 40-year-old captain Erkan Seçkal was missing.

They searched the vessel but could not find the Turkish captain. Seçkal was believed to go overboard somewhere north of Bali, and authorities informed his family in Istanbul of the situation. A search and rescue operation was launched to find Seçkal in this area.

Züleyha Seçkal, the captain's wife, said that she received a message from Erkan Seçkal on May 2 for the last time. "The following day, we were told that he was not on the ship and he could not be found in the sea and that the search was underway."

She said there were no CCTV records which could have provided information on what happened to the Turkish captain of the ship.

"The search and rescue operations conducted by Indonesian authorities and the crew of the ship failed. However, Seçkal was found two and a half days later in the sea by fishermen. He was transferred to a hospital and is in good health," the Turkish maritime authority said in a statement.

A fisherman spotted Seçkal waving in the early hours of May 5, the Bali Sun reported. He was holding on to the fish aggregating device, his rescuer Gede Budiasa told the daily.

Seçkal was hauled aboard and the boat headed back to lands and the local police station, according to the daily.