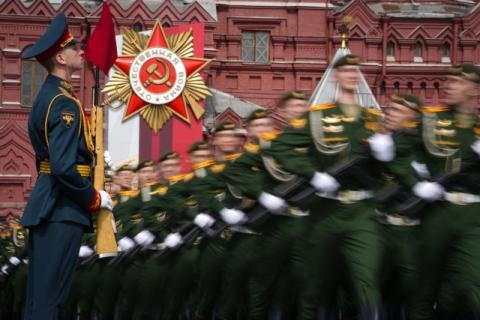 Russia will mark the 77th anniversary of the victory in the Great Patriotic War, in which the then Union of Soviet Socialist Republics (USSR) lost 27 million people, 14 million of whom were civilians, today with a traditional central military parade on Red Square, but in specific circumstances due to the long-lasting conflict in Ukraine of more than 70 days.
There will be no guests from abroad in the stands, and the Kremlin explained that by the fact that this is not a jubilee anniversary.
However, even if it is a jubilee, the question is how many guests there would be, since this year's Victory Parade is being held at a time when the conflict in Ukraine, which Moscow started on February 24 and calls it a "special military operation", with the aim, as it was stated, of "denazification and demilitarization of Ukraine", as well as "protection of the population of Donbas", while most Western countries condemned the Russian intervention as aggression against Ukraine.
The conflict in Ukraine has been going on for more than 70 days, and for now, no one can say how it will end. That is why this year's Victory Parade in Moscow and the address of Russian President Vladimir Putin are expected with special attention.
In the Western media, speculations about what will happen on May 9 go to extremes - from Moscow's goal to end the conflict in Ukraine by Victory Day, to Putin declaring war on Ukraine and announcing a general mobilization.
The parades will also be held in 28 Russian cities, and about 65.000 people, 2.400 weapons units and more than 460 aircraft will take part in them. 11.000 soldiers and 131 weapons units will march through Red Square, and 77 planes and helicopters will fly over Moscow.
The parade on May 9 will be visually...