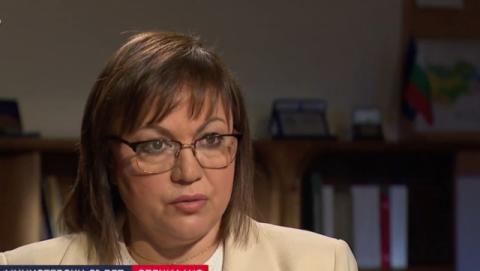 Leader of the Bulgarian Socialist Party (BSP), Deputy Prime Minister and Minister of Economy Kornelia Ninova told bTV that Russia is a friendly country towards Bulgaria. According to her, this is the opinion of the majority of Bulgarians, and therefore a large percentage did not want to send military aid to Ukraine, which has been the subject of military action by Russia since February 24. Prime Minister Kiril Petkov has long referred to a poll, according to which 84% of Bulgarians are against sending such assistance. Eventually, after his visit to Ukraine, President Volodymyr Zelensky called on Bulgaria to repair Ukrainian military equipment, and not to send weapons. This solved the problem of the Bulgarian government, as the BSP, led by Ninova, would have left the coalition if parliament decided to send weapons and ammunition. In the end, the parliament decided to satisfy Ukraine's request, and whether repair of the equipment is possible, according to Ninova, depends on the capabilities of the TEREM plant.

Asked what is the Bulgarian national interest ina winner of the war, Ninova said the interest is in ceasing the war. According to her, the cause of the problem must be eliminated, and it is the war itself (not any of the sides).

Ninova's statement comes despite the fact that Bulgaria was declared an unfriendly country by Russia and the supply of gas from Gazprom to Bulgargaz was unilaterally suspended after Russia demanded payments in rubles in violation of the agreement between the two countries.

Ninova defended the Russian point of view on bTV, commenting that the gas cut was probably a response to the sanctions imposed on the country. She called for an end to the sanctions and described them as bidding. She added that...