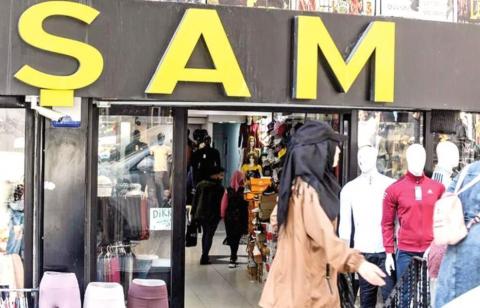 While the Turkish government is working on preparations to ensure safe and voluntary return of 1 million Syrians who are under temporary protection in Turkey, an expert has warned the prevailing problems regarding security, the judiciary and the education system could make the process difficult.

"A majority of the Syrians would prefer to return to Syria. But there's a point that should be considered. They don't want to be dissappointed again instead of being given a refugee status," said Mazen Kseibi, a trustees board member of the Syrian Association for Citizens' Dignity.

"If we are talking about a voluntary return, nobody would oppose that. However, the situation in Syria is very messy. If better conditions are provided for returnees, of course, that would create a very good opportunity," he told daily Hürriyet.

"Because, Syria will not be rebuilt by foreigners. Syria needs Syrians," he added.

More than 3.7 million Syrians live in Turkish cities under a temporary protection scheme, according to the Interior Ministry. "About 122,000 of this number have been passive registrations for two years. In other words, there is no sign that they are in Turkey," Deputy Interior Minister İsmail Çataklı said on May 8.

Slightly more than 200,000 Syrians have been granted Turkish citizenship since the civil war erupted in Syria in 2011.

Abdulmühim Sallah, 32, a father of two, said they fled Syria because their house in the countryside of the capital Damascus was demolished during the civil war and that he had received a new conscription call although he had completed the compulsory military service.

"I know that we're foreigners here. But we cannot return to Syria at the moment," he said during an interview at a watch shop in...