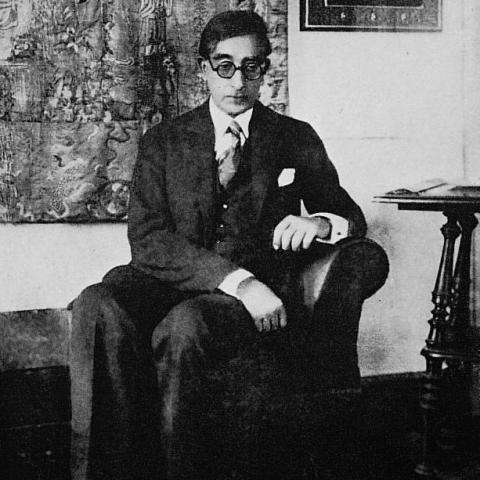 Although C. P. Cavafy is celebrated around the world as one of the most influential and path-breaking poets of the 20th century, his life remains a mystery.  The last biography, by the English novelist, poet, and critic Robert Liddell, appeared in 1974 and translated into Greek in 1980. Cavafy is thus one of the few major writers without a recent biography. By comparison, last year we saw biographies of Oscar Wilde, Fernando Pessoa, D. H. Lawrence, and H. G. Wells. And in the last twenty years biographies of major literary divs, from Fyodor Dostoyevsky to Franz Kafka, and Mark Twain, have been published. But none of Cavafy.

Sensing this absence, I welcomed the invitation by the eminent Cavafy critic, Peter Jeffreys, to co-author a biography of the poet.  As expected, it proved a daunting task, not only to write the life-story of this contradictory and flawed genius, but also to work as a team.  After eight years of doing research, consulting archives, and traveling to Alexandria, Liverpool, London, and Istanbul, we were ready for publication.

Persuaded that a commercial press would be able to bring Cavafy to the world, in early December I began to look for an agent, the necessary liaison with trade publications. By February I had sent query letters to 60 agents, most of whom never responded. Two asked for the entire manuscript but never wrote back. Feeling discouraged, Jeffreys and decided to try for another month before approaching university presses. And then Michael Mungiello, from Inkwell Management, one of the largest literary agencies in New York, asked for the entire manuscript. I sent it to him, not expecting to hear back. But three weeks letter he sent an enthusiastic note, asking to meet with...