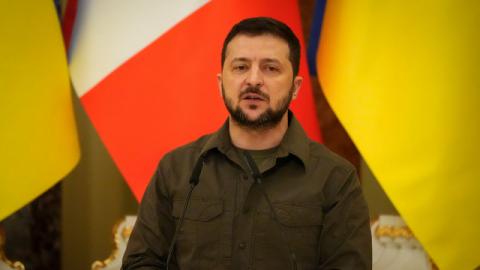 Sixty people hiding at a school in the Ukrainian village of Bilokhorivka have died in the Russian bombing of the building, Ukrainian President Volodymyr Zelensky was quoted as saying by world news agencies.

"Just yesterday, 60 civilians were killed in a Russian bombing in the village of Bilokhorivka (near Luhansk)", Zelensky said during a video conference with G-7 leaders, AFP reported.

Meanwhile, the International Committee of the Red Cross announced today that more than 170 civilians evacuated from the Mariupol region, including the Azovstal metallurgical plant, arrived in Zaporizhzhia today.

The announcement states that this is the third safe evacuation operation carried out in coordination with the International Committee of the Red Cross.