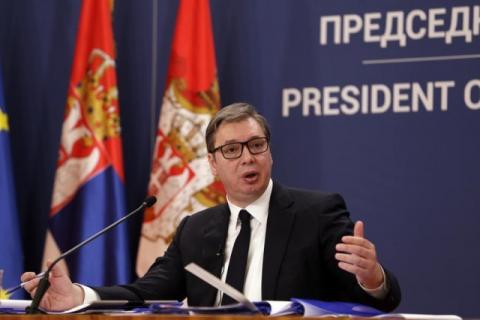 This policy of balance will be the backbone of the new Serbian government, the formation of which will follow in the coming months, although especially from the western centers of power come covert but also open blackmail that our investments and access to money and European funds are endangered, but also to prepare for the potential attacks on Kosovo and Republika Srpska, if we do not turn our backs on Moscow.
Among the various advisers and mediators of our diplomacy, but also domestic politics, among the last ones was the U.S. Ambassador Christopher Hill, who publicly advised us that there is no place for balancing and that our road is strictly to the west. Thus, according to many, he dangerously stepped out of his diplomatic mandate and interfered in the internal affairs of Serbia, which is inadmissible.
His outright message arrived practically on the same day as the congratulations of the U.S. President Joseph Biden to the head of the Serbian state on the second mandate won in the elections. Biden did not fail to mention that Belgrade is expected to make an alliance in "support for Ukraine and condemn the brutal war that Russia itself chose."
President Vui met with Ambassador Hill on Monday, and the focus of the talks was on energy diversification, Serbia's European integration, as well as current geopolitical issues and initiatives for regional connection.
"The conversation was good, correct and open, there were no surprises. I know what the Americans think, they know what I think, and that's it. We are looking at how to deepen our cooperation. It is not easy for Western countries today to explain the difference between attacks on Ukraine and Kosovo's illegal independence, so the pressure will increase to show that this is not the case...