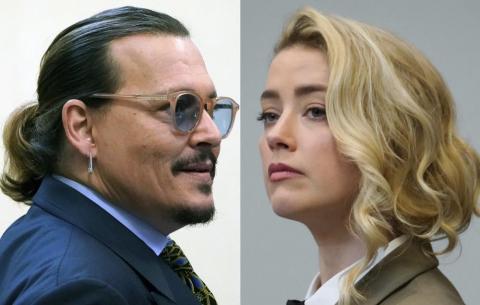 A hand surgeon testified Monday that Johnny Depp could not have lost the tip of his middle finger the way he told jurors it happened in his civil lawsuit against ex-wife Amber Heard.

The finger injury, which occurred in a March 2015 fight in Australia between Depp and Heard, has been one of several key points of dispute in the lawsuit. Depp says he was injured when Heard threw a vodka bottle at him. Heard has said she never saw specifically how it happened, but that it occurred on a night when an enraged Depp sexually assaulted her with a liquor bottle.

Depp is suing Heard for libel in Fairfax County Circuit Court over a December 2018 op-ed she wrote in The Washington Post describing herself as "a public figure representing domestic abuse." His lawyers say he was defamed by the article even though it never mentioned his name.

Depp has denied he ever struck Heard, and says she was the abuser in the relationship. Heard has testified about more than a dozen separate instances of physical abuse she says she suffered at Depp's hands.

In testimony Monday, surgeon Richard Moore testified about the severed finger as jurors saw gruesome photos of the injury. He said that Depp described that his palm was down on a bar when it was struck by the bottle.

Moore, who did not treat Depp, testified that Depp's description is unlikely, in large part because his fingernail remained intact. Moore said the fingernail was exposed, as Depp described the placement of his hand, and would have been damaged. Moore also said there would have been other cuts on the rest of his hand from the glass that shattered on impact.

While Depp told the jury that Heard severed the finger by throwing a vodka bottle, at the time of the accident he told people and...