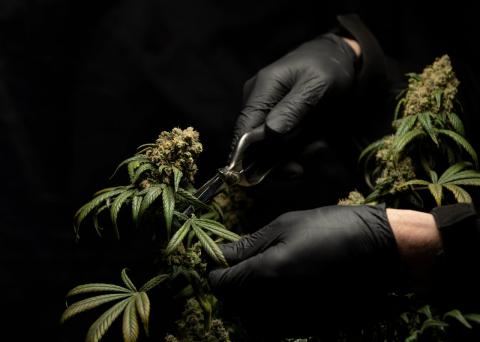 Data that BIRN has obtained show that while only three cases of indoor cannabis cultivation were recorded during 2021, the number of cases rose to 18 by May this year.

BIRN asked police for data over the last five years, but they did not have records for before 2021.

"For the year 2022, a total of 18 cases have been identified, of which in three cases only electrical appliances, bulbs, etc, were found, without plants attempted for cultivation; 3,342 unknown cannabis Sativa plants and 2,318 cubic roots were destroyed," they added.

Fabian Zhilla a security and crime expert based in Tirana, says numbers will likely rise because this method of cannabis cultivation is considered safer from police investigations, compared with the others, and that it is a method learnt from abroad and proven effective.

"This method is seen as a safe way to be protected from investigations that the police do either from the air or through internal sources. It comes as a result of the experiences that Albanians have gained mainly in the Benelux, and they are applying them and it has been successful," he told BIRN..

"This number is like to increase because [it] has proven to be effective. Secondly, it doesn't bring problems and costs related to seasonal conditions," he added.

An article by the UK Telegraph in February this year said: "Albanian gangs are cornering the market in cannabis farms as they exploit...