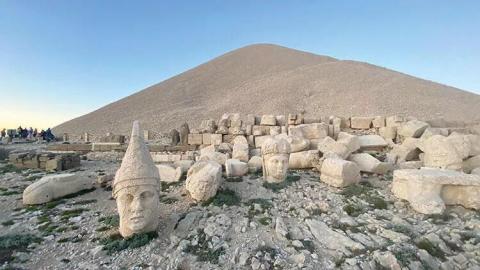 "GAP Tour," which comprises seven cities in Turkey's southeast, will now be called "Mesopotamian Tour" to promote tourism, a marketing strategy inspired by the "Cappadocia Tour" in the Central Anatolian region, a top local tourism chief has said.

"Those who do not know the region comprehended the 'GAP Tour' as a technical surveillance trip, where they thought they would visit lakes, dams, or infrastructure projects," Akyılmaz said. He admitted that this was "completely a bad marketing of the region."

"But now, we are promoting the region with a 'Mesopotamian tour' label instead," he added.

Cappadocia, an ancient region located within six Central Anatolian provinces, is the root cause of this change.

"Nevşehir, Ürgüp, or Göreme may not mean a thing to anyone. But when you say 'Cappadocia Tour,' tourists and all travel agencies in the world know the region," he said.

Following the same strategy, he said, "We did the same in Turkey's southeast and started promoting all provinces under a 'Mesopotamian Tour' label."

Operating under the coordination of the Industry and Technology Ministry, İKA carries out tourism activities in the southeastern province of Kilis, Gaziantep and Adıyaman. The headquarter of the agency is in Gaziantep.

Akyılmaz said the change of the name came into force last year with a protocol signed with the Culture and Tourism Ministry. "Travel agencies are becoming aware of the...