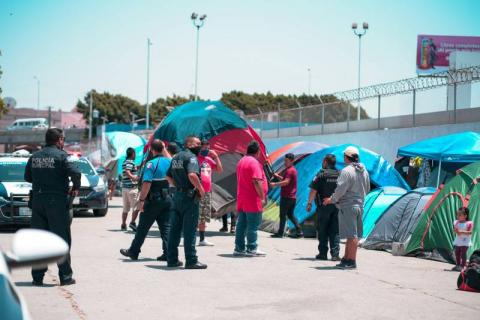 Ljubljana – Slovenian police dealt with 3,107 cases of illegal migration in the first four months of this year, up nearly 86% on the same period last year. Afghan citizens accounted for more than a quarter of all the illegal migrants caught from January through April, fresh police data shows.

The Koper Police Department remains the busiest in dealing with illegal migration as half of all the cases in the January-April period were processed there. A significant increase in such cases was also recorded by the Novo Mesto Police Department.

The number of requests for international protection was five times higher than in the same period last year, totalling 2,740. The increase is mainly driven by a larger influx of Afghan migrants. In addition to Afghans, most caught migrants come from Pakistan.

Currently, there are some 830 persons with asylums status residing in Slovenia, show fresh figures by the police, the Interior Ministry and the Government Office for the Support and Integration of Migrants.

The police expect that the upward trend in illegal migration recorded this year so far will continue in the coming months.

Annalena Baerbock for Greece: I am visiting one of our closest partners in Europe